The Ann-Eve Johnson Award was initiated in 1981 to recognize a Sustaining member who has made significant contributions to the community as a volunteer. This prestigious award is named after a woman who was President of the Junior League in 1939-1940. Ann-Eve was always active in the community and some of her contributions included Tucson Children’s Theatre, Planned Parenthood,Temple of Music and Art, Tucson Historical Society, and St. Luke’s Home. During the 1950’s, Ann-Eve, along with Helen Murphey and Jane Vancovich, became involved in efforts to save important Tucson landmarks. One story tells the three of them lying down in the street in front of bulldozers to save the Fremont House – which still stands today as a museum for people to see. While most recipients don’t stand in front of bulldozers, these women have followed Ann-Eve’s example of volunteerism.

Natalie Ireland was the 2018 recipient of the Ann-Eve Johnson Award. 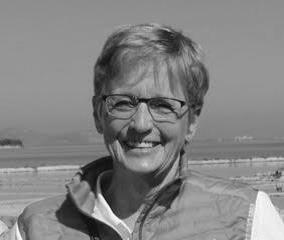 Though not a Tucson native, Natalie Ireland has been in Tucson since 1969. Upon arriving she immediately transferred to the Tucson League from the Boston League where she had originally joined. She credits the League with helping her feel part of the community in short order and to make many lasting friendships.
While an Active member, Natalie served as Corresponding Secretary, Administrative Vice-President, and Nominating Chair. As a Sustainer, she has remained involved with the League – serving twice as Sustaining Director and being a member of the Holiday Tea committee for a number of years.
Natalie’s first volunteer placement in those early years was with the Wilmot Public Library, which eventually turned into a paying position. She also served on the Board of the Tucson Association of Child Care (now Child and Family Resources).
When the Tucson League, in honor of it’s 50th anniversary, started the Tucson Parks Foundation, Natalie became involved, serving on the Board as well as chairing several committees for the LPGA Tournament which was the Foundation’s fund raiser for many years. She has recently rejoined the Parks Foundation and is on the Membership Committee.
Another organization the League helped to form, St Luke’s Home, became a volunteer opportunity for Natalie as well. She served on the Board as secretary for two years.
Currently Natalie is involved with Bag-It – an amazing organization if you don’t happen to know about it. And for the last nine years, she has been a client interviewer for Mobile Meals of Southern Arizona. She says she has met many very interesting people and is often sorry that once the interview is over she has no more contact with the client.
Without a doubt, her favorite all time volunteer experience is as a facilitator at a Support Group for Caregivers of (usually) a family member with Alzheimer’s or other forms of dementia. The daily, even hourly struggle, of each caregiver is unimaginable and each of them is a hero in Natalie’s eyes.

By continuing to use the site, you agree to the use of cookies. more information